Thanks to Chris at Revenge of the 80's for posting!

"A concert featuring one of new wave’s iconic bands with a new alt-rock supergroup sounds like an excellent way to spend an evening. That is what a huge crowd at New York’s Nokia Theater thought as well when Blondie brought its “Endangered Species Tour” with special guests (and Revenge of the 80s favorites) Gorevette to the corner of 44th and Broadway on August 31st. They were right.

Gorevette took the stage first as the band continues its meteoric rise in notoriety as a group, although it helps when the band is named for two Detroit Rock icons, Nikki Corvette and Amy Gore." 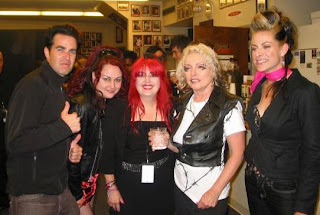 The debut EP is all but sold out, get your copy now at Amazon.com or at Gorevette's NYC show with BLONDIE!


Gorevette & Deborah Harry backstage at the Wells Fargo Center for the Arts, Santa Rosa, CA by Ames Flames, 8.5.10
Posted by Gorevette at 10:08 AM 0 comments 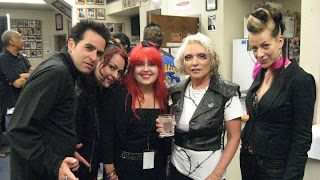 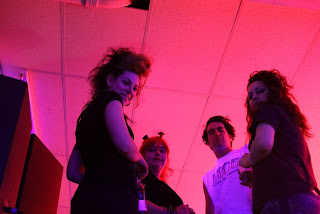 Gorevette breaks in the the world of blogging sans myspace and facebook.  More updates to come.

Check the Tour Dates for shows in your area with Blondie this fall!
Posted by Gorevette at 2:38 AM 0 comments 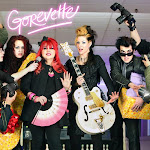